Erna Nixon Park at 1200 Evans Road in Melbourne. Named after Erna Nixon who was instrumental in preserving over fifty-three acres of land for future generations. Stand alongside the Butterfly Garden and see if you can spot a butterfly warming himself or herself on a rock or relax on a bench under a trestle.

Although a small nature center different species of turtles, an Albino Red Snake inhabit the aquariums. Small animals and different species of birds mounted on the walls. A mounted Red Tailed Hawk a federal protected bird found in Florida, throughout the United States, Mexico and Canada. Cuban Brown Anole an invasive lizard found in the Bahamas and the United States first sold as pets.

Stroll along the three-quarter mile boardwalk that twists and turns. Tablets throughout the hammock and pine flatwoods help you to become familiar with the different palms, shrubs, small and large trees, and river grass. Sit under a gazebo and listen to the sounds of birds while feeling the breeze. 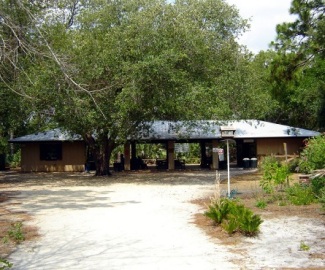 I recommend the park; the highlight of the park is the boardwalk. Have a picnic lunch in the pavilion. Free entrance to the park, donations accepted. Hours of operation on the website.

Before entering the history center stand outside and admire the classical-revival architecture formerly the home of the Orange County Courthouse. Orange County Regional History Center at 65 E. Central Boulevard in downtown Orlando.

Take an audio tour or walk throughout the museum and admire the many photographs and collectables of the many people and their accomplishments. The St. Johns and Archaic people consisted of small tribes that lived thousands of years before the French and Spanish arrived in Florida. The Timucua an early native people dwelled in Central and Northeast Florida. They built canoes, hunted and fished. The dioramas portray the Native Americans in their natural environment. 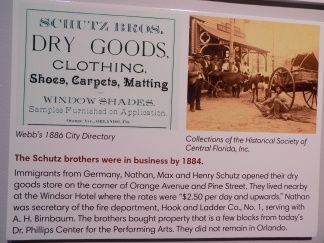 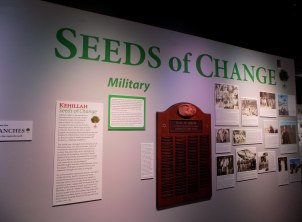 An exhibit displaying Jewish life in Orange County and surrounding communities that began 150 years ago. People in horse drawn carts arrived in downtown Orlando to shop in the dry goods store operated by immigrants from Europe. The oldest operating hardware store today opened in the mid-1880s in Kissimmee. Jacob Cohen an early settler helped write the first charter for Orlando in 1875. Photographs of a Purple Heart recipient from WWII and soldiers who fought in the Vietnam War. Commander Bernard Brender brought the Naval Training Center to Orlando in 1968.

A name known to the people of Orlando, Dr. Philip P. Phillips, a medical doctor moved to Orlando, bought citrus groves and owned two citrus packing houses. He sold his assets and started a foundation, which is still in operation today. 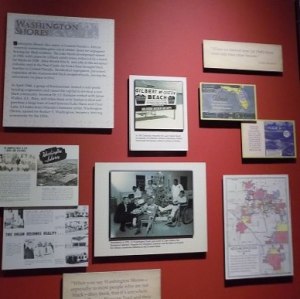 A history of African Americans during the Spanish and British Occupation, during slavery and after the emancipation. Washington Shores a black community, and the town of Eatonville, established in the 1880s still in existence today. A famous resident, Zora Neal Hurston, author and anthropologist lived in Harlem during the Harlem Renaissance. In January of each year, a festival honors her works. 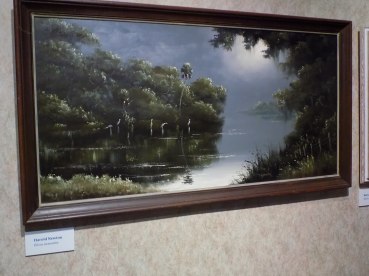 Some of the artwork exhibited from the Highwaymen African American landscape artists from Ft. Pierce who rode the highways selling their paintings.

Steamboats a popular mode of travel in the early part of the nineteenth century. Small towns boomed after the railroad came in the mid-1860s. After Henry Ford invented the Model T people hit the road. “Tin Can” tourists a name given to people who traveled to Florida in their cars, sometimes slept in tents and ate out of tin cans. Cabins for rent on a twenty-acre site owned by Henry Hand for people who didn’t like to sleep in tents.

The effect on Central Florida in wartime, NASA and astronaut memorabilia. A look inside the courtroom that is part of the museum tour. Stop inside the gift shop, books on beach camping and Florida, Arrowheads and Tektites. I recommend the museum, so much central Florida history to absorb. Admission prices and hours of operation on the website.